We rocked the house on Saturday night! Ashland City was home (literally) to a rockin CD release party hosted by the artist herself! The night began with a hayride around the farm. When the guests returned there was BBQ and hors d'oeuvres and the music began to crank up. Liz and I have worked, produced and engineered on Val's CD; we have the equipment and the know-how. Since we have played 95% of the instruments on the tracks, we are easily capable of playing behind her! 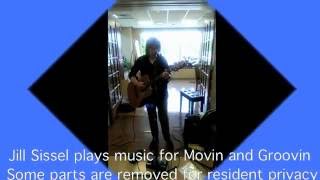 Telling Our Story for a Documentary

Three Women and a Story

A Songwriter and Her Blues Dream As She Tells the Truth